Without indie games, the internet would be completely dreary. While major publishers are limited to brutal shooters, sports simulators and rare RPGs, independent developers offer us to transform into a shy goose and ruin the lives of ordinary people. In Untitled Goose Game there is no background or explanation of what is happening – you’re a goose, in the pause menu you have a list of nasty things you need to do, and that’s all. You head to the garden, where the unfortunate old man is trying to look after his vegetables, and after that you just can’t be stopped.

The victims aren’t any stuck-up businessmen who could deserve a couple of hassles, but ordinary residents of a British village – someone runs a store, someone guards the area or does the cleaning. They all share a dislike for geese, though – near their houses there are even prohibitory signs with crossed out images of these birds. But the main character cannot be kept away so easily – these warnings seem to only strengthen his desire to do harm.

All tasks that appear on the list are reduced to damage to property or people’s mood. Breaking a broomstick, stealing a toy boat, locking someone in a garage or spraying a person with water – that’s a pretty much exhaustive list of your activities. Sometimes the meaning of the instructions is clear right away, and in some cases the quests are vague, you should guess yourself and experiment. It is much more interesting to solve such problems, trying different actions and observing the reaction of the residents. Don’t think that the dwellers will just let you do whatever you wish. If they catch you in the act, they’ll chase you to take away the stolen objects. So you need to be careful and pick the right moment to make a move.

In total there are four locations, each of them featuring a separate list of missions. The last point always requires you to drag a few items into one place. If you are asked to “go shopping”, then you need to bring canned food, fruit, a hairbrush and other things to a nearby basket. “Having a picnic” means fetching an apple, jam and a bunch of everything and laying it out on a tablecloth on the ground. Despite the fact that the whole interaction with objects is limited by grabbing them with the beak, there are plenty of unique situations: for instance, you can make a by-passer fall on the item you can’t break on your own by breaking something else before. Play Untitled Goose Game online and come up with your own clever solutions! 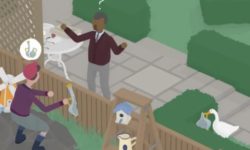 A big goose sticks out his head from the bushes and you see a text on the screen, "press space to quack." In a few ...
Untitled Goose Game Speedrun
3.8
2157 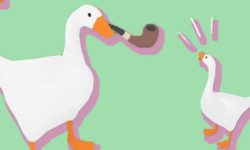 Can there be a lot of trouble from one single goose? How can a bird, even a big one, turn the whole village upside ...
Goose Simulator Game
3.5
20184 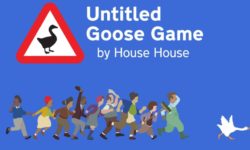 There are games that look simple and even foolish, but when you start playing them, you discover a lot of gameplay ...
Untitled Goose Game 2
3.7
25585 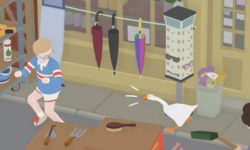 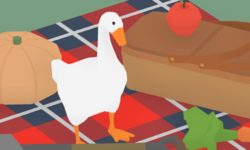 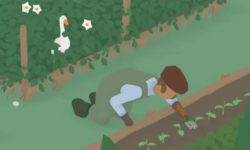 The life of a village goose is simple and well-fed, but rather boring. How much joy is it to graze all day long in the ...
Cheats
3.9
3271 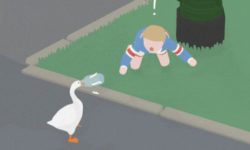 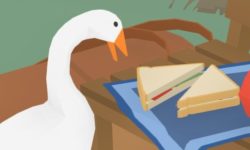 If you have ever been to a village, you know that there is no bird more curious and malicious than a goose. These ...
Untitled Goose Game Unblocked
2.8
5453 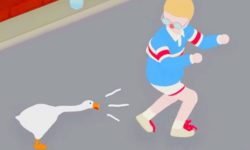 Can you imagine having the power so big that it allows you to commit great crimes and get away unpunished? A force that ...
Untitled Goose Game
3.5
21180 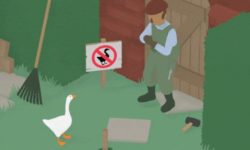 The village just woke up and is preparing to meet another beautiful day. The sun is shining brightly, the flowers are ...
Untitled Goose Game 2020
3.4
4443 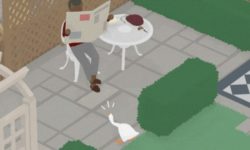 Without indie games, the internet would be completely dreary. While major publishers are limited to brutal shooters, ...
Untitled Goose Game 32 Bit
4
53